Last week, a Boeing 777 belonging to LATAM Airlines Brasil suffered tire damage while landing in São Paulo. The aircraft lost some of its tire tread during the rollout, having touched down on a domestic flight from Manaus. But how exactly did the incident pan out?

The flight in question

There is a bit more variety in terms of when flight JJ4781 is scheduled to land at São Paulo/Guarulhos International Airport (GRU). However, on the day of the incident that we are examining, touchdown in São Paulo was set for 17:03 local time. Accounting for the one-hour time difference, this gives a total scheduled flight time of three hours and 38 minutes. Alongside LATAM Brasil, local low-cost carrier GOL also provides competition on this route. 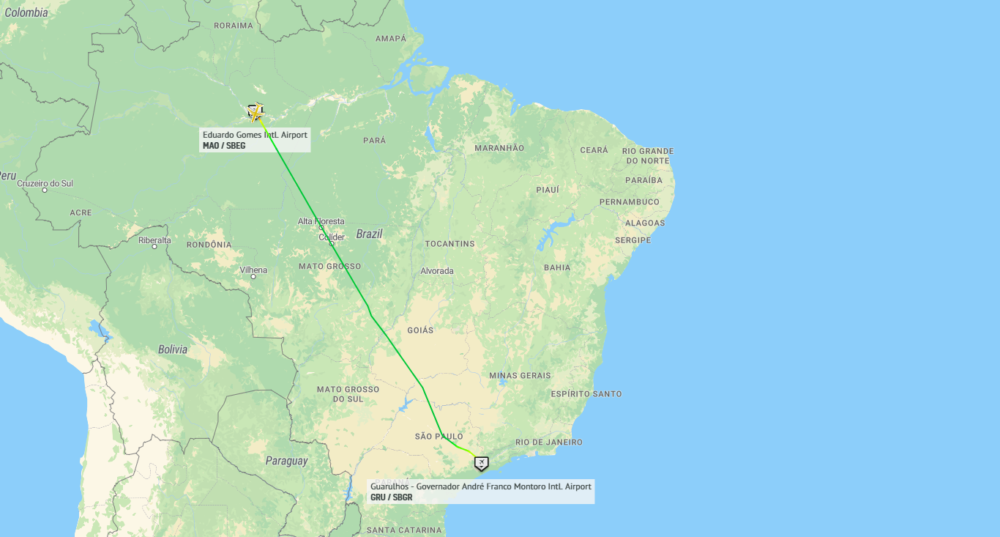 On February 7th, LATAM Brasil flight JJ4781 departed Manaus seven minutes ahead of schedule, at 12:18 local time. The lightly-loaded domestic service made good time on its journey south, eventually touching down in São Paulo 23 minutes early at 16:40. However, as shown in the YouTube clip below, it suffered tire damage while landing at GRU.

According to The Aviation Herald, the tire damage that occurred on landing caused the right-hand outboard forward main tire to lose its tread during the rollout. Despite the damage, the aircraft was able to taxi to the apron under its own power. Five days later, Brazil’s CENIPA (Aeronautical Accidents Investigation and Prevention Center) provided an update on the incident. It reported that:

“…the crew had observed a low pressure indication for the #4 tire on the right main gear while in cruise flight.” 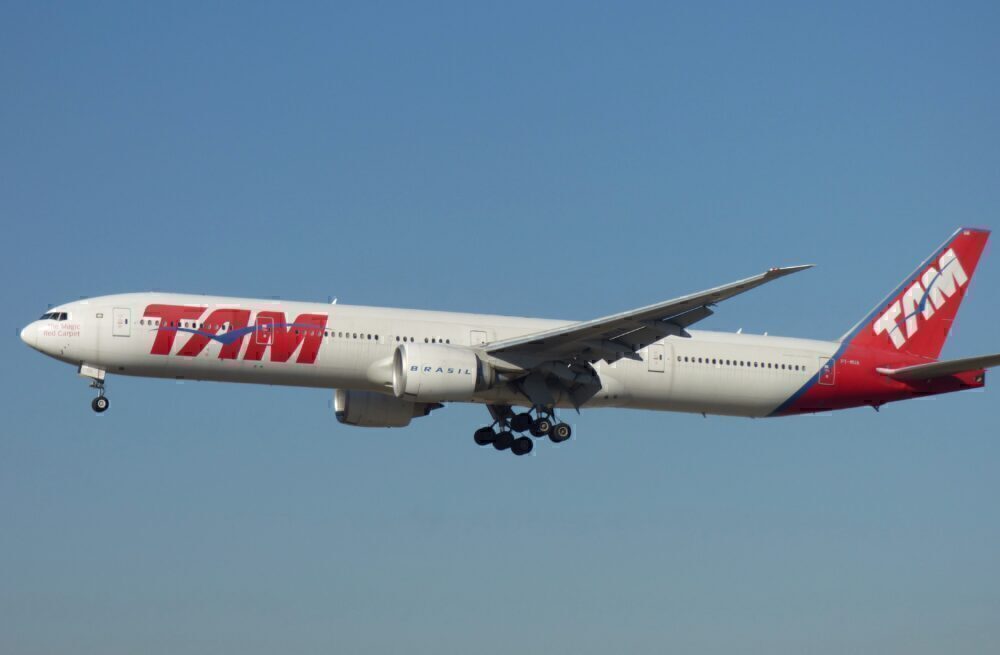 The #4 tire was indeed the one that burst on landing, causing it to lose some of its tread and sustain minor damage. However, CENIPA has rated this as an operational incident. As such, it is unlikely that any further investigations into the matter will need to take place.

The aircraft that suffered the tire damage was a Boeing 777-300ER, which bears the registration PT-MUE. According to Planespotters.net, it is one of eight active examples in LATAM Brasil’s fleet of 10 777s. TAM Linhas Aéreas first took delivery of this aircraft in August 2012, making it around 8.5 years old. This is just below the average age of 9.9 years among LATAM Brasil’s 777s.

SeatGuru reports that LATAM’s 777s feature a three-class seating configuration. This consists of 38 ‘Premium Business’ open suites, 50 ‘LATAM+’ extra legroom seats, and a 322-seat main economy cabin. The flight that suffered the tire damage was lightly loaded, with 94 passengers and 11 crew onboard. This represents a load factor of 23% across the capacity of 410. RadarBox.com reports that the aircraft returned to service after a short hiatus on February 9th.